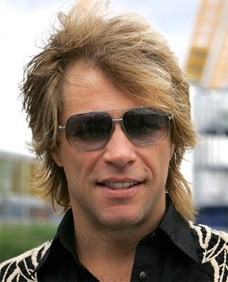 His real name is John Francis Bongiovi, Jr. He was born on the 2nd of March 1962.

Jon Bon Jovi is also a songwriter and the founder of rock band Bon Jovi.

He plays the guitar, piano and the harmonica.

Jon Bon Jovi career started in the year 1980, since then he released 11 band albums which over 120 million copies, in addition to two solo albums.

Help us improve this page:   Correct or update the Jon Bon Jovi page