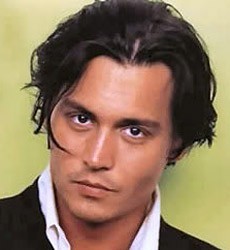 His full name is John Christopher Depp and he was born on the 9th of June 1963.

Johnny Depp isfamous for roles such as Jack Sparrow in the Pirates of the Caribbean movies.

He is also known for playing the character of Raoul Duke in Fear.

His debut appearance was as Glen Lantz in the Horror movie A Nightmare on Elm Street in the year 1984.

In the year 2010, Johnny Depp played the role of Paul Kemp in the movie The Rum Diary, its good to note that he was the producer of this movie as well.

In the same year, Johnny Depp took the character of Mad Hatter in the movie Alice in Wonderland.

Help us improve this page:   Correct or update the Johnny Depp page