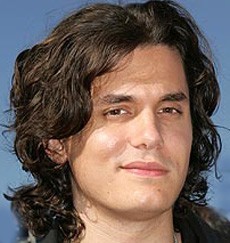 His real name is John Clayton Mayer, He was born in Connecticut on the 16th of October 1977.

John Mayer had successful albums including his debut album known as Room for Squares and his second studio album entitled Heavier Things.

In the year 2003, John Mayer won a Grammy Award as the Best Male Pop Vocal Performance for his performance in the song Your Body is a Wonderland.

Help us improve this page:   Correct or update the John Mayer page