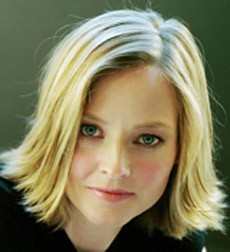 Her full name is Alicia Christian Foster, she was born on the 19th of November 1962.

Her first appearance was in the year 1976 in the movie Taxi Driver where she played the role of Iris, a teenage prostitute, her role got her a nomination as a Best Supporting Actress at the Academy Awards.

In 1989, Jodie Foster actually won an Academy Award for Best Actress for her performance in the movie Accused, where she played the role of a survivor of rape.

In 1991, Foster got global recognition and a 2nd Best Actress Academy Award for her role as Clarice Starling, a talented FBI agent in the thriller/horror movie The Silence of the Lambs opposite Anthony Hopkins.

In 1994, Jodie got her 4th Academy Award nomination for her role in the movie Nell.

Some of Jodie Foster hit movies include: Contact, Panic Room, Inside Man, Maverick, Flightplan, The Brave One and Nim's Island.

Help us improve this page:   Correct or update the Jodie Foster page