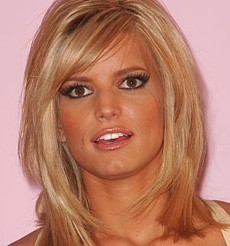 Jessica Simpson is a celebrity singer from America, She is also an actress and a media woman.

Her full name is Jessica Ann Simpson. Jessica Simpson was born on the 10th of July 1980.

Jessica Simpson songs have topped the charts at many occasions. Simpson starred with her husband Nick Lachey in the MTV reality show Newlyweds: Nick and Jessica.

In the year 2008, Jessica Simpson started her career in country music and released the album Do You Know, which got huge success world wide.

Help us improve this page:   Correct or update the Jessica Simpson page