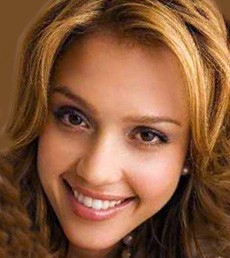 Jessica Alba was only thirteen years old when she started acting. In 1994 she played her first roles was in The Secret World of Alex Mack (TV series) and Camp Nowhere (film). One year later Jessica took role in the Venus Rising film.

Between 2000 and 2002, Jessica became popular on Television after playing the lead role in Dark Angel TV Series.

In movies, Jessica played major roles in blockbuster movies such as:

Jessica loves Toronto, she has visited the city at numerous occasions to watch Hockey games or to participate in the Toronto Film Festival - TIFF.

Help us improve this page:   Correct or update the Jessica Alba page