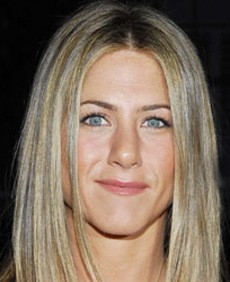 Jennifer Aniston was born on the 11th of February 1969.

Jennifer Aniston became famous in the nineties for playing the role of Rachel Green in the sitcom Friends.

Jennifer Aniston received an Emmy Award, a Screen Actors Guild Award and a Golden Globe Award for her great performance in Friends.

Aniston took role in several romantic comedies such as Along Came Polly and The Break-Up and comedies including Bruce Almighty, and Rumor Has It.

Jennifer Aniston had a relationship with Brad Pitt, before he started dating Angelina Jolie.

Help us improve this page:   Correct or update the Jennifer Aniston page