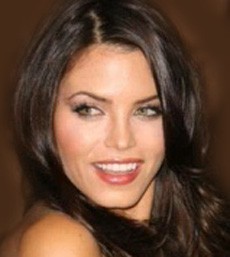 Jenna Lee Dewan is an actress and dancer from Lebanese descent.

Jenna Dewan was born on the 3rd of December 1980 to a Lebanese father Darryll Dewan, a football player residing the the USA.

After staring in small roles on the big screen and in television series, Jenna became known in 2005 after starring in the horror film Tamara. She finally got her real big chance in Step Up 2006, whereby she appeared in her most known role to date Nora Clark. The movie was a box office success, and gave Jenna the needed exposure. Jenna followed up with many other films, such as Take The Lead, Falling Awake, Magdalena, and American Virgin.

Jenna Lee Dewan is married to Channing Tatum, with whom she has established a production company called 33andOut Productions.

Help us improve this page:   Correct or update the Jenna Dewan page