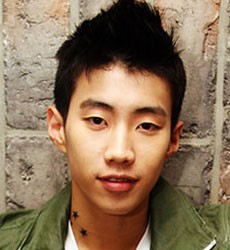 Jay Park is a Korean-American dancer, singer, rapper and actor.

Jay Park, was born as Park Jaebeom on 25th of April 1987 in Edmonds, Washington.

He was the former member and lead singer of South Korean boyband 2PM. He is especially known for his acrobatic hip-hop dance style of breakdancing.

Jay Park, also known as “Giant Baby”, won the Music Bank competition in 2011, before releasing a music video for ‘Tonight’, a track that features Kang Minkyoung of Davichi from his “Take a Deeper Look” mini album.

Help us improve this page:   Correct or update the Jay Park page