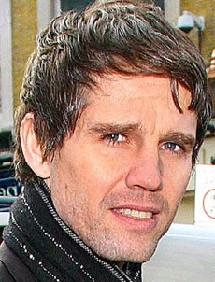 Jason Orange is an English singer and song writer.

His full name is Jason Thomas Orange, He was born on the 10th of July 1970 in Crumpsall, Manchester, England.

Jason Orange is also an actor and dancer.

Jason Orange is a member of the English pop band Take That who gained fame in the early nineties, a group who got even better success later their 2005 reunion.

Help us improve this page:   Correct or update the Jason Orange page