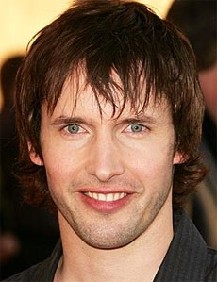 James Blunt is a famous English pop singer and celebrity songwriter. James Blunt was born on the 22nd of February 1974 in England.

During the year 1999 and before he started his music Career, James Blunt was an amry officer in the Life Guards in Britan.

During the 1999 conflict in Kosovo, James served under NATO, until the year 2002 when he decided to leave the army and focus on his music career.

James first album was entitled Back to Bedlam. He became famous with his singles, such as You're Beautiful and Goodbye My Lover released in the year 2005.

James Blunt has a special style in singing which is a mix of pop and folk and a bit of rock.

In the year 2006, James Blunt was nominated for five Grammy Awards.

All The Lost Souls was the name of his second album which was released in the year 2007.

Help us improve this page:   Correct or update the James Blunt page