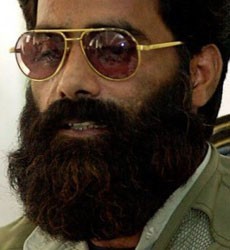 Ilyas Kashmiri is the leader of Harkat-ul-Jihad-al-Islami in Pakistan.

Ilyas Kashmiri's name is now appearing along with that of Anwar al-Awlaki, as the replacement of late Osama Bin Laden as the new face of "Al Qaeda" .

Kashmiri is believed to be an Islamic militant in to the Soviet-Afghan war and the Kashmir conflict.

After the controversy of Osama's resurrection (conflicting reports on his date of death, see his bio), another similar matter appeared with Ilyas Kashmiri as he was supposedly killed in North Waziristan on September 7, 2009!

Ilyas Kashmiri is reportedly the guru of both 'CIA agent' David Headley (American who helped mastermind the Mumbai attacks of 2008) and 'MI6 agent' Omar Sheikh.

Help us improve this page:   Correct or update the Ilyas Kashmiri page