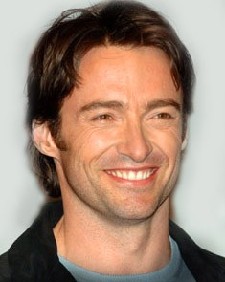 Hugh Jackman is a famous actor from Australia, mostly known for his role in X-men movie.

His full name is Hugh Michael Jackman. Hugh was born on the 12th of October 1968. He is an Australian actor and a movie producer. In addition to movies, he works in musical theatre and television.

He is mostly kown from his role as Wolverine in the action movie X-Men and its sequels.

He is also known for his main role in Kate & Leopold, Van Helsing, and the movie Australia opposite female Australian actress Nicole Kidman.

Hugh Jackman is also a singer and a very good dancer,he took role in many theatrical musicals.

Jackman is also a winner of the Tony Award for his role in The Boy from Oz.

In November 2008, Hugh Jackman was named as one of the sexiest men alive by Open Salon. He was also labeled as the Sexiest Man Alive by People magazine.

On the 22nd of February 2009, he hosted the 81st Academy Awards, making him one of the most lovable faces on television.

Help us improve this page:   Correct or update the Hugh Jackman page