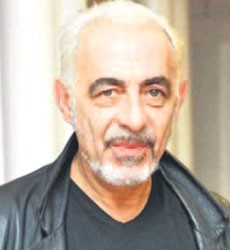 Henry Padovani is a French musician & songwriter from Corsica, and the original guitarist for The Police.

Henry Padovani was born on the 13 October 1952 in Bastia, Santo-Pietro-di-Venaco. He grew up between Algeria and Corsica.

With Henry Padovani on the guitar, The Police recorded their first single, 'Fall Out' in 1977, before he was subsituted with Andy Summers, on the request of Sting.

After a short return to Corsica, Henry Padovani returned to London where he joined the Wayne County & the Electric Chairs band, at the time far more popular than the Police! With them he released two albums 'Storm the Gates of Heaven' and Things Your 'Mother Never Told You', before the band split.

After a few other projects, Henry Padovani formed his own band, The Flying Padovanis. The group released the double A-sided single "Western Pasta" b/w "Vas Plus Haut" in 1981. The Flying Padovanis recorded an album, They Call Them Crazy (also released under the title Font L'Enfer), before disbanding at the end of 1987.

Henry Padovani was a jury member on X Factor 2011 France, along with Olivier Schultheis, Christophe Willem, and Veronic DiCaire.

Help us improve this page:   Correct or update the Henry Padovani page