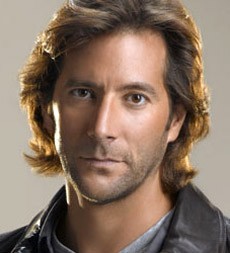 Henry Ian Cusick is a famous is a Scottish-Peruvian actor.

His birth name is Henry Ian Cusick Chávez, Cusick was born on the 17th of April 1967 in Trujillo, Peru.

Henry Ian Cusick started his acting career in the year 1993. He is married to Annie Wood.

Cusick became famous after his role as Desmond Hume in the television series Lost.

Henry received a Primetime Emmy Award nomination for his role.

Help us improve this page:   Correct or update the Henry Ian Cusick page