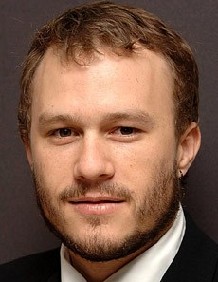 Heath Ledger is an Australian International TV and movie actor.

Heath Ledger started acting in TV in Australia then her moved to the United States of America in 98 to persue an international exposure.

In the year 2005, He took a big role in the Gay movie Brokeback Mountain.

His final performance was in the action movie The Dark Knight in the year 2008.

Heath Ledger died as a result of a Drug overdose.

Help us improve this page:   Correct or update the Heath Ledger page