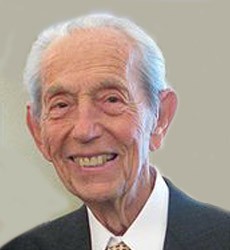 In his book 1994, Camping applied numerology to the Bible and predicted Jesus Christ would return between September 15 and 17 of 1994. When the prophecy failed, Camping said he had made a mistake in his calculations.

Harold Camping then decided, after recalculations, that the world is going to end on Saturday May 21 2011. In other statements Christ is said to be arriving on the mentioned date as Judgment Day, but the actual Apocalypse will occur on October 21, 2011 in a fiery destruction of the Earth and the universe (five months later)!

The most amusing aspect is that Harold Camping is spending millions of dollars to announce Rapture Day all over the World, making sure to advertise for his radio along the way. Harold Camping is actually the president of Family Station, Inc. that has worldwide broadcast facilities, including more than 150 outlets in the United States.

Judgment day should occur 7,000 years after the Flood. According to biblical scholars, the Flood occured on May 21 of 4,990 B.C. God told Noah to warn the people 7 days before the flood and using a Bible passage 2 Peter 3:8, "one day is with the Lord as a thousand years, and a thousand years as one day" (each day = a thousand years.)

Camping and his followers do not believe in organized religion. The world supposedly began in 11,013 B.C. and after its 13,000th anniversary on May 21st, 1988, the "church age" was over and Satan took control of them.

Help us improve this page:   Correct or update the Harold Camping page