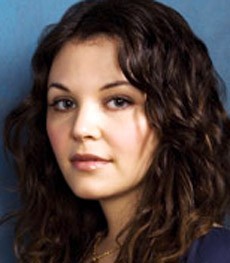 Ginnifer Goodwin is an American TV and movie actress.

Ginnifer Goodwin also starred in films such as Mona Lisa Smile and He's Just Not That into You.

Help us improve this page:   Correct or update the Ginnifer Goodwin page