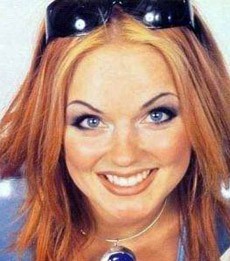 Geri Halliwell is a celebrity English singer and author.

Geri Halliwell was born on the 6th of August 1972.

Geri Halliwell is also a philanthropist, she started her career as one of the members of the girl band, the Spice Girls.

Geri Halliwell is mostly known for her hit song It's Raining Men.

In the year 2008 Geri wrote and a book series caled Ugenia Lavender.

Help us improve this page:   Correct or update the Geri Halliwell page