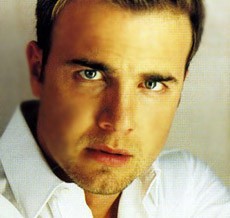 Gary Barlow is a famous british songwriter and singer.

Gary Barlow was born on the 20th of January 1971 in Frodsham, Cheshire, England.

Gary Barlow is also a very good pianist and a producer.

Barlow is a member of the boys group Take That.

Gary was one of the most successful songwriters during the ninties, he has written more than fifteen hit songs.

Help us improve this page:   Correct or update the Gary Barlow page