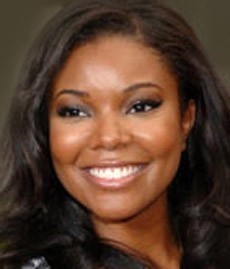 Gabrielle Union is a famous American actress and a former model.

Her full name is Gabrielle Monique Union and she was born on the 29th of October 1972.

Gabrielle Union played a good role opposite Kirsten Dunst in the movie Bring it On.

She also played the lead actress opposite Will Smith and Martin Lawrence in the Hit Hollywood movie Bad Boys II.

Help us improve this page:   Correct or update the Gabrielle Union page