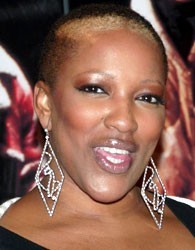 Later on that same year, Franchie Davis performed in Rent on Broadway in the year 2003.

At the end of 2007 Franchie Davis starred in the Hartford Stage production of Mahalia, A Gospel Musical in the role of Mahalia Jackson.

Help us improve this page:   Correct or update the Frenchie Davis page