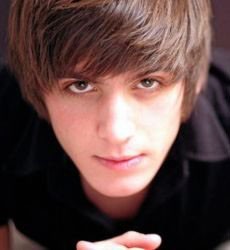 Florian Giustiniani is from Moita, and is also called Florian Tiani. He was born on the 16th of April 1991 in Sete. Though he lives in Herault, he still retains a strong attachment to his Corsican origins. To please his parents, he studies hard and gets his French Baccalaureat at only 16, hoping to move along to his passion for singing.

Florian Giustiniani underwent an advanced musical training at the Opera Junior de Montpellier since he was 11. Vladimir Kojoukaroff then gave him a lead role in an opera next to adult performers. He also does the openings of recitals by Nicoletta and French singer Patrick Fiori. His interpretation of the song 'J'ai 10 ans' (I am 10) next to Jacques Veneruso, Yannick Noah, and Fiori, was highly received. He then went on M6 Television, as part of the troupe 'Enfants de la Terre' (Children of the Earth) performing at the Dome of Marseiile and at the Zenith in Paris.

In Paris he took special classes in singing, dancing, an acting, to become a 'complete' artist.

Florian Giustiniani's voice and singing skills really impressed the judges, this is why he made it to the finals of X Factor 2011 France. He is also expected to be the final winner!

Help us improve this page:   Correct or update the Florian Giustiniani page