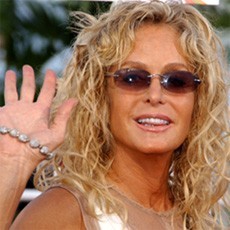 Farrah Fawcett was born on the 2nd of February 1947, Farrah Fawcett died on the 25th of June 2009 after a long battle with cancer.

Fawcett was an Emmy Award and Golden Globe nominee.

Fawcett became famous in the year 1976 when she appeared in a Charlie's Angels Television series.

Farrah Fawcett took role in many hit television movies such as The Burning Bed, Nazi Hunter and her famous role in Poor Little Rich Girl.

She had an unforgettable role in the unsympathetic tv movie called Small Sacrifices.

Help us improve this page:   Correct or update the Farrah Fawcett page