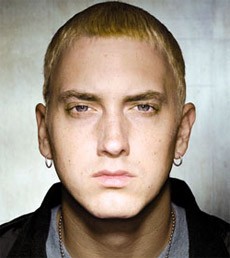 Eminem is a famous American rapper, his real name is Marshall Bruce Mathers III. Eminem was born on the 17th of October 1972.

Eminem is also known as Slim Shady, Eminem is a Grammy Award winning record producer, singer and actor. He is also an Academy Award winner.

Eminem sold more than 90 million albums worldwide, He is one of the highest selling rappers in history.

Eminem popularity and fame came to rise in 1999 with his the release of his first album entitle The Slim Shady.

Help us improve this page:   Correct or update the Eminem page