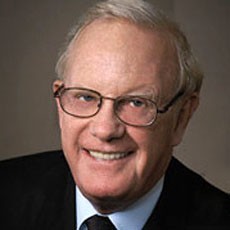 Edward Samuel Ted Rogers suffered from congestive heart failure and died overnight while driving his car on the 2nd of December 2008 at his home in Toronto, Ontario, Canada.

Ted Rogers got educated at Upper Canada College and he graduated from Trinity College, at the University of Toronto, in 1956 with a Bachelor of Arts degree.

In the year 1960 when Ted Rogers was only a student at Osgoode Hall Law School of York University, he bought all the shares in local radio station C.H.F.I. also known as CHFI which was the top FM radio station at the time, back then only 5% of the Torontorians used FM radios.

By 1965, he was in the cable TV business; Two years after Rogers Communications was established and soon became Canada's giant media establishment.