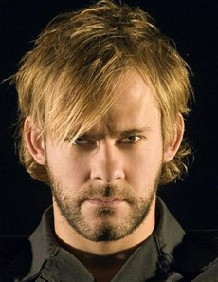 Dominic Monaghan is a famous English actor. His birth name is Dominic Bernard Patrick Luke Monaghan, he was born on the 8th of December 1976.

Dominic Monaghan got international fame after playing Merry in The Lord of the Rings.

He also became famous for his role as Charlie Pace in the television series Lost.

Help us improve this page:   Correct or update the Dominic Monaghan page