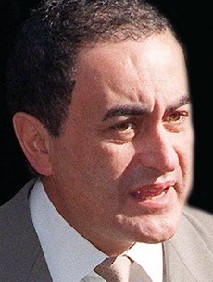 Dodi Fayed was an Egyptian millionaire and businessman who was also a celebrity when he was in relationship with Lady Diana Princess of Wales.

Dodi Fayed was born on the 15th of April 1955 in Alexandria, Egypt. He was killed in a car accident on the 31st of August 1997, the car crash also killed Princess Diana Princess of Wales.

Dodi Fayed was also a film producer of the movie Chariots of Fire which earned an Academy Award in the year 1981.

Dodi Fayed was also the producer of many other movies between the 80s and the mid 90s, such as F/X, F/X2 and The Scarlet Letter which he produced two years before his death.

In the month of Julia 97, Dodi Al Fayed became involved with Diana in a love affair, he broke up with model Kelly Fisher, whom he was dating at the time, as he fell in love with Diana.

Help us improve this page:   Correct or update the Dodi Fayed page