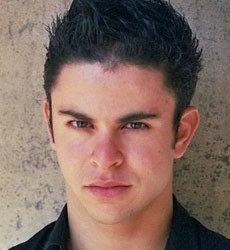 Djamel Mehnane is a French actor and Music Hall singer of Arab descent.

Djamel Mehnane also starred in the Musical Theatre Grease 2008-2009 as Danny (John Travolta) in its French adaptation in Paris.

In 2010, Djamel was part of the cast for the movie S'Enfuir Avec Toi by Gaël Morel.

He also appeared in the famous TV series Plus belle la vie France 3 in a few episodes in 2007, as Rémi.

Djamel also played a leading role (gay character) in Les Amazones with Chantal Ladesou and Sonia Dubois, a theatrical play that got a lot of good reviews. The show was so successful, it was later broadcasted on Television in its integrality.

Help us improve this page:   Correct or update the Djamel Mehnane page