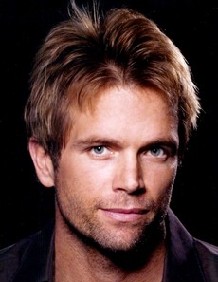 David Chokachi is an American television and movie actor.

He was born as David Al Chokhachy on the 16th of January 1968 in Plymouth, Massachusetts. His father is Turkish Iraqi and his mother is Finnish.

David Chokachi became famous for starring in the iconic Television series Baywatch. He also took role in the series Witchblade and Beyond The Break.

His role in Baywatch started in 1995, when he played Cody Madison. Later in the show, he replaced David Charvet as the main character.

In 2007, Chokachi took role in the thriller movie Bats -Human Harvest, which was a total flop at the box office.

In 2008, David also played Bobby in the horror movie A Date with Murder - Murder Dot com.

In 2009, he starred in his very own Reality TV Show called Confessions of a Teen Idol.

Help us improve this page:   Correct or update the David Chokachi page