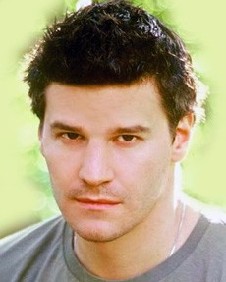 David Boreanaz is a famous American TV and film actor. He is mostly known for his role as as Angel on the supernatural TV series Buffy the Vampire Slayer and Angel.

His full name is David Paul Boreanaz and he was born on the 16th of May 1969 in Buffalo, New York.

On Television, Boreanaz was popular for his role as Seeley Booth in the TV crime drama, Bones.

His father was Dave Roberts, a weatherman who worked for WPVI-TV channel 6, a subsidiary of ABC network. His mother was Patti Boreanaz, a travel agent. He was raised in Philadelphia, Pennsylvania.

In 1993, Boreanaz started his acting career playing an Extra in the movie Best of the Best; Since then, he has appeared on Television and movies.

In the year 2010, David Boreanaz took the role of Ed Rush in the film The Mighty Macs; He also played the role of Namor in the movie Sub-Mariner.

Help us improve this page:   Correct or update the David Boreanaz page