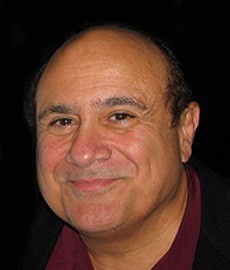 Danny DeVito is an American actor and producer, He was born on the 17th of November 1944.

Between the years 1978 and 1983, Danny DeVito became popular on ABC and NBC Televisions after playing the role of Louie De Palma in the series Taxi.

Their company made great movies including Freedom Writers, Jersey Television and Pulp Fiction.

Danny DeVito also played the role of Frank Reynolds in It's Always Sunny in Philadelphia sitcom.

Help us improve this page:   Correct or update the Danny DeVito page