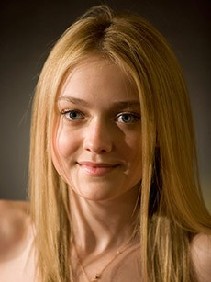 Dakota Fanning is a young American actress. Her birth name is Hannah Dakota Fanning, She was born on the 23rd of February 1994.

Fanning's breakthrough performance was in I Am Sam in 2001.

As a child actress, she appeared in strong and well known movies such as Man on Fire, War of the Worlds, and Charlotte's Web.

In the year 2006, Fanning began moving into more adult roles in movies such as Hounddog and The Secret Life of Bees.

Dakota Fanning won many awards, she is the youngest actress ever to have been nominated for a Screen Actors Guild Award.

Help us improve this page:   Correct or update the Dakota Fanning page