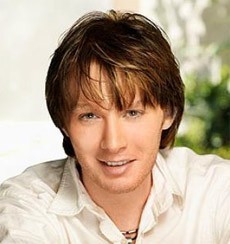 Clay Aiken real name is Clayton Holmes Grissom was born on the 30th of November 1978.

Clay Aiken is an American pop singer who became famous during the second season of American Idol a famous American television talent show back in the year 2003.

Clay Aiken released his first album entitled Measure of a Man during October of the year 2003.

Clay Aiken first solo album debuted at number one on the Billboard 200 charts, his album sold more than 613 thousand copies sold in its first week of release.

Help us improve this page:   Correct or update the Clay Aiken page