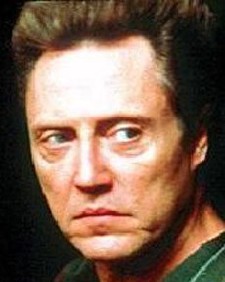 Christopher Walken is an American film and stage actor.

Christopher Walken was born on the 31st of March 1943.

Christopher Walken took role in over hundred movies and TV-shows, such as Batman Returns, Catch Me If You Can, Sleepy Hollow, Brainstorm, Pulp Fiction, Annie Hall, The Dead Zone, A View to a Kill, At Close Range, King of New York, The Deer Hunter, True Romance, Wayne's World 2, and Wedding Crashers.

Christopher Walken also appeared in music videos of artists such as Fatboy Slim and Madonna.

In the year 2006, Walken appeared in the blockbuster movie Click as Morty the Angel of Death.

Help us improve this page:   Correct or update the Christopher Walken page