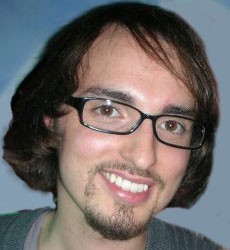 Christophe Willem's real name is Christophe Durier; He was born on 3 August 1983 in Enghien-les-Bains, Val-d'Oise.

Against all odds, Christophe Willem won the fourth edition of Nouvelle Star (French version of Pop Idol) in 2006. Very feminine, unattractive and with a high pitched voice, he wouldn't have made past the casting of other similar shows in the rest of the world, but the French liked him for some starnge reason. He was actually nicknamed "La Tortue" (The Turtle) by Nouvelle Star judge Marianne James.

Christophe Willem was a jury member in X Factor 2011 France, along with Olivier Schultheis, Henry Padovani and Veronic DiCaire.

Help us improve this page:   Correct or update the Christophe Willem page