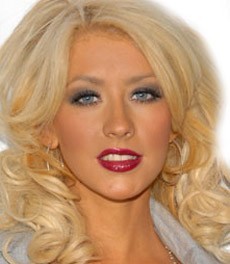 Christina Aguilera is a celebrity American pop artist and singer.

Christina Aguilera full name is Christina Maria Aguilera, she was born on the 18th of December 1980.

Her first appearance on television was in the year 1990 as one of the contestants of the Star Search program.

Christina Aguilera signed a big music contract with R.C.A. Records following the success of her recording of the song Reflection for the movie Mulan.

Help us improve this page:   Correct or update the Christina Aguilera page