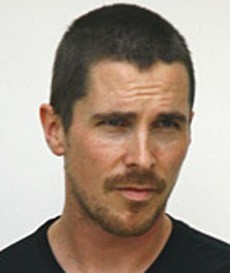 Christian Bale is an English actor who was born on the 30th of January 1974.

His full name is Christian Charles Philip Bale. His first appearance was at the age of thirteen in the Steven Spielberg movie Empire of the Sun movie. His role in the movie was that of an English boy who got separated from his parents during the Japanese internment camp in World War II.

Christian Bale was ranked by Entertainment Weekly among the Top 8 Most Powerful Cult Figures of the Past Decade.

Help us improve this page:   Correct or update the Christian Bale page