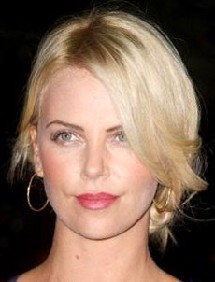 Charlize Theron is a South African American actress and a former fashion model.

Charlize Theron was born on the 7th of August 1975, She became an American citizen in the year 2007.

In the late nineties, Theron became famous after her roles in Two Days in the Valley.

She also took main roles in movies such as Mighty Joe Young, The Cider House Rules, The Devils Advocate and Sweet November opposite Keanu Reeves.

For the movie North Country, Charlize Theron got another Academy Award nomination.

Help us improve this page:   Correct or update the Charlize Theron page