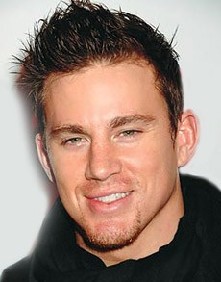 Channing Tatum is a successful American actor and movie producer known for his role in Dear John.

His full name is Channing Matthew Tatum, Tatum was born on the 26th of April 1980.

His first appearance on the big screen was as Jason Lyle in the 2005 movie Coach Carter. His first true success came a year later when he played the role of Duke Orsino in the 2006 Romantic movie She's the Man.

That same year Channing Tatum became very successful when he starred as Tyler Gage in the Dance Musical Movie Step Up and Step Up 2 - The Streets in 2008.

His best performance was as John Tyree in the Romantic movie Dear John opposite Amanda Seyfried in 2010.

Channing Tatum is married to Jenna Dewan, with whom he has established a production company called 33andOut Productions.

Help us improve this page:   Correct or update the Channing Tatum page