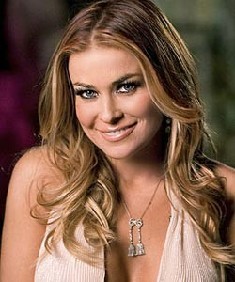 Carmen Electra is also a great dancer and a world icon and sex symbol.

Electra became famous after being featured in the Playboy magazine.

Carmen Electra also gained fame by appearing on the MTV game show Singled Out, and on the Television series Baywatch.

Carmen Electra also had a special appearances dancing with the Pussycat Dolls.

Her acting roles were in Comedy movies including Scary Movie, Date Movie, Epic Movie, Meet the Spartans, and the funny Disaster Movie.

Help us improve this page:   Correct or update the Carmen Electra page