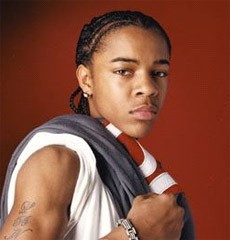 Bow Wow is a famous American rapper and actor. He is also a music producer.

His first debut album was released when he was 13 years old, entitled Beware of Dog.

In the year 2003 his second album entitled Unleashed was released.

In the year 2007, Bow Wow and Omarion released a collaboration album entitled Face Off.

Help us improve this page:   Correct or update the Bow Wow page