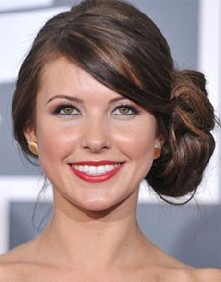 Audrina Partridge is a famous reality television celebrity, she was born on the 9th of May 1985.

Her full name is Audrina Cathleen Patridge of American origin.

Audrina Partridge became famous when she took role in the MTV reality tv-show called The Hills.

Audrina was a famous name along with others like Heidi Montag, Lauren Conrad, and Whitney Port.

Help us improve this page:   Correct or update the Audrina Partridge page