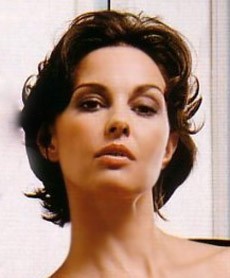 Ashley Judd is a beautiful young American actress who was born on the 19th of April 1968.

Ashley Judd came to fame in the late 90s and early 2000 with thriller movies, such as Double jeopardy, Kiss the girls and High crimes. During her early career she got nominated for two Golden Globe Awards.

Her full name is Ashley Tyler Ciminella, she was born in Granada Hills, California. Her mother is Naomi Judd, a famous country music singer, Her father is Michael Ciminella, a famous marketing analyst for a horseracing company.

Ashley Judd has a half-sister, her name is Wynonna Judd, she is a country music singer. Ashley Judd parents got divorced in the year 1972.

Help us improve this page:   Correct or update the Ashley Judd page