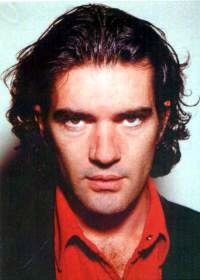 Antonio Banderas is a famous Spanish actor ad movie star. His real name is José Antonio Domínguez Banderas. He was born on the 10th of August 1960 in Málaga, Andalucia, Spain.

Banderas started acting when he was only ninteen years old, he took role in a number of movies by director Pedro Almodóvar.

Few years later Antonio Banderas starred in blockbuster Hollywood movies such as Evita along with Madonna, Desperado opposite to Salma Hayek, Interview with the Vampire with Brad Pitt, and other great movies such as Philadelphia, The Mask of Zorro, Assassins. Banderas voiced over the famous Shrek animation sequels.

Antonio Banderas used the surname of his mother as his screen name. Antoio was very passionate about soccer and he wanted to play professionally, however he broke his foot at age fourteen and decided to quit his sports dream.

Help us improve this page:   Correct or update the Antonio Banderas page