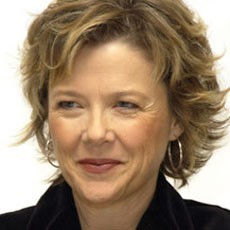 Annette Francine Bening is a famous American actress who was born on the 29th of May 1958 in Topeka, Kansas.

Annette Bening is the daughter of Grant Bening and a church singer named Shirley. Annette Bening acting career started when she was still in junior high school, she played the lead in The Sound of Music.

Annette Bening continued her studies in drama at the Patrick Henry High School and followed it with an academic degree in theaterical arts from the San Francisco State University.

In the year 1985, Bening and her first husband, Steven White, moved to Colorado where they worked on the Shakespeare Festival in Colorado. However the couple separated a year after.

In the year 1991 Bening met Warren Beatty on the set of Bugsy in which she played Virginia Hill, and they had a romantic affair which lead to their marriage in the year 1992.

Help us improve this page:   Correct or update the Annette Bening page