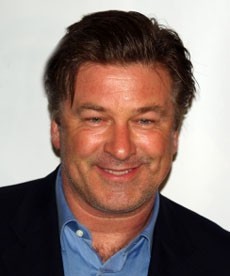 Alec Baldwin is the oldest and most popular among the Baldwin brothers.

In addition to staring in many movies and TV series, Alec Baldwin is also popular for hosting the Saturday Night Live.

Alec Baldwin was married to Kim Basinger between the year 1991 and 2002, He also dated Michelle Pfeiffer in 1988 and later he dated Jennifer Hewitt in the year 2000 before he got separated from his wife.

Baldwin was born and raised under the tree of a Catholic family of French and Irish origin.

After Alec Fame the other Baldwin brothers, Daniel Baldwin mostly known for Homicide, William Baldwin known for Backdraft, and Stephen Baldwin known for his role in The Usual Suspects, all followed Alec in becoming famous actors.

Help us improve this page:   Correct or update the Alec Baldwin page