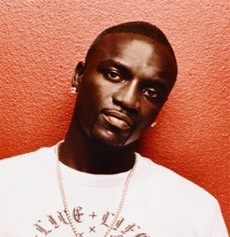 Aliaune Thiam was born on the 16th of April 1973. Aliaune Thiam is a Wolof American-Senegalese hip hop rapper and R&B singer. He is also a famous songwriter and record producer.

Akon became famous in the year 2004 after he released his first single entitled Locked Up from his first album (Trouble).

His second album was entitled Konvicted, and it gave him a Grammy Award nomination for his hit-single Smack That.

Akon is the founder of Konvict Muzik and Kon Live Distribution. He is well known for 25 Billboard Hot songs and singing hooks and has over 160 guest appearances.

Help us improve this page:   Correct or update the Akon page