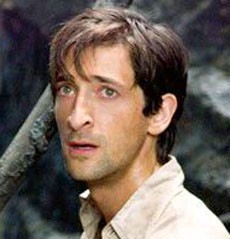 Adrien Brody is an Academy Award winner American actor who was born on the 14th of April 1973.

Adrien Brody became mostly famous after he took the lead role in movie The Pianist in the year 2002. Also he was known for his role in the remake adventure movie King Kong.

Adrien Brody is mostly recognized for being the youngest actor in history to get the Academy Award for Best Actor. Also for being the only American actor ever to win a Cesar Award.

Help us improve this page:   Correct or update the Adrien Brody page