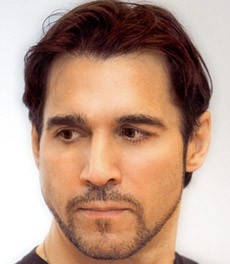 Adrian Paul is a famous television actor and a former model. His full name is Adrian Paul Hewett and he was born on the 29th of May 1959 in London, England.

Adrian Paul became popular for his role as Duncan MacLeod in the tv series Highlander.

Adrian Paul is first child to a British father and an Italian mother.

Adrian Paul started his career by modeling, then moved into dancing and choreographery.

In the year 1985, Adrian Paul moved to the United States to start a dance and modeling career.

Adrian founded The Peace Fund charitable organization in the year 1998.

Help us improve this page:   Correct or update the Adrian Paul page